Brainless - The Biggest Idiot of All Time

The brainless demo is finally here 😊

What can you expect?

A brainless and humorous RPG, where for once you don't play the shining hero who saves the world. Instead, you take on the role of Horst (name can be changed ingame), a standard idiot like everyone probably knows (we all know that one idiot, be it at work or somewhere else, who gets on our nerves every day with his idiotic babbling). His best friend is a woodlouse, whose language only he can understand (of course, everyone else thinks he's an idiot who talks to a woodlouse) and who faithfully accompanies him on all his travels.

Because normal people feel annoyed by the idiots, the idiots are relocated to a special city where they cannot do any harm. But an idiot doesn't know himself that he is an idiot, rather he sees all other people as "strange" (the typical ghost driver syndrome: "I am the only one who is doing it right. Everyone else is going in the wrong direction!"). Therefore, the idiots are not dissatisfied with their situation, they don't feel it as "being deported", but are happy about their own little city of like-minded people, shielded from all the madness out there. Because of course only idiots can be so stupid as to want to stay outside this protected area.

Of course, this city also has a kind of "mayor" - the chief idiot. One day he finds out that other people call them idiots and calls Horst to him. "Well, that's just not right, we're not idiots. So find out who started the rumor and make it stop!" So Horst and his woodlouse set off. And this is where the game begins.

On his journey, Horst notices that everyone else looks at him askance, and every now and then a word muttered behind closed hands reaches his ear ("look, an idiot"). So he starts to doubt - are all the other people completely crazy or maybe he himself? To find out, he consults a magician who is supposed to help him. Of course - as always when you need something urgently - the magician is not at home. Since Horst is as batty as he is desperate, he and his woodlouse search the magician's house on their own and discover that he has already used the magician's help once - but the magician has ripped him off! Instead of helping him (whatever he wanted from him then, of course, the magician erased any memory of himself), the magician locked Horst's mind in a mirror. If only he could get his mind back, he wouldn't be an idiot anymore! So Horst absolutely has to find this magician and get him (if there is no other way, even with idiotic violence!) to give him back his mind. If necessary, he would simply learn the art of magic himself and undo the spell! ... But whether that is so simple, if one is an idiot and can't manage anything?

By the way, there won't be any levels. Or actually there will. Well, there will be, but they won't be called "Level". But "IQ". Resulting in the fact that you can't accept quest XY unless you have an IQ of 10.  🤣

Yes! Try out the demo! I hope you will like it 😊

Unfortunately, there are still a few bugs that I don't know how to fix.

Videos are sometimes stuck and require a restart of the game (press F5).

Font in the menu is sometimes black - just close the menu and open it again.

Language in the menu sometimes shows a wrong entry - just click it again.

1. Once you have watched the intro and the prologue and can move yourself after the autosave, you can cancel the videos at the start with Esc. That way you don't have to go through that again every time you start the game if you don't want to.

2. It’s best to play with keyboard/controller. Mouse also works, but you have to press a little longer on a field until you move there. It's a bit awkward, but it's the only way to be able to talk to your companion.

There should be some fights in the game, but I don't know yet in what way I'll implement them.

Planned playtime is about 2-3 hours, but since not much exists yet, it's hard to judge.

Always happy if you have any, but of course only the good stuff, otherwise I'll sic my woodlouse on you! 😜

Note: If you have issues while playing the browser version, please be aware this game can be played in browser, but it isn't optimized for that. So if you encounter any problems, please consider downloading it. If the error still consists in the downloaded version - please tell me! I will fix it as soon as possible!

I played your game on stream last night. Overall, I really enjoyed my experience with it. The game has a nice sense of character, and the maps and animations seem well done.

In general, my biggest critiques of your game mostly come down to it being a demo. The demo does a poor job of representing what the actual game will be at launch since it is 90% talking and 10% walking; it never shows off combat, equipment, or much of exploration of levels.

I like the interactive intro, it leaves a good first impression. One thing I was disappointed about was the input for the question "What property do you want the world to have" seemed to have no effect on the game. One thing I thought would be interesting is using this (or a similar input section) to change what the people of the world are called, which has the side effect of removing the responsibility of calling people idiots since the people would be called whatever the player inputs.

Anyways, it's nice to see how far you have improved your game making skills since A Swift's Life (which, as you might recall, I played on stream a few months back). You've clearly improved a lot.

If you'd like to watch my experience with your game, I've linked the archive below. You can click the timestamps to jump to when I start playing your game.

I remember you - thanks for giving me another chance :) I'm glad you like the game and it motivates me a lot to continue!

Unfortunately, the game is only a demo at the moment, but it will definitely be expanded and should only give a brief glimpse, because the humor is not everyone's cup of tea. So you can quickly decide if you want to continue playing or if you're not interested in the full version.

I like your idea with the feature of the world, thanks for that! This is - like so much else at the moment - just a placeholder and will only be picked up once briefly by your woodlouse. The idiot theme is a central crux of the game, so I can't let the player change that. I understand what you mean, though, and will give this some thought.

Thanks so much for playing and streaming, it really means a lot to me! Will watch the video later.

I have no idea how he can survive in this house.

Well of course he is an idiot, so he doesn't know either, but he does surive somehow :D 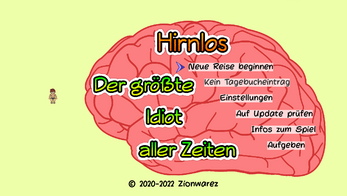 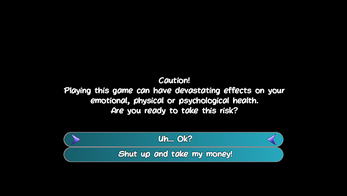 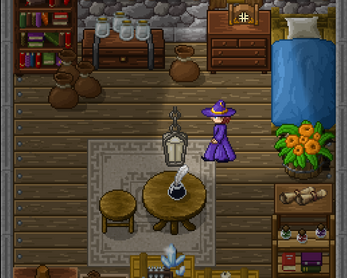 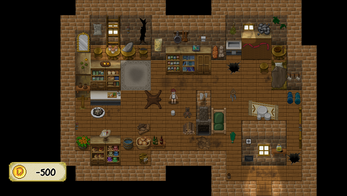 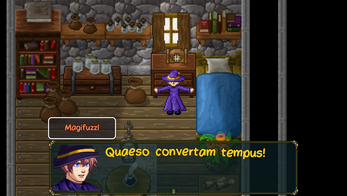 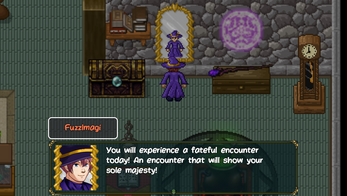 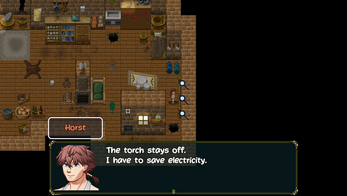 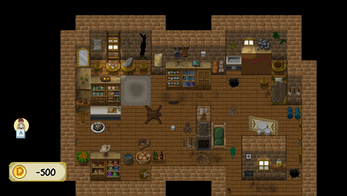 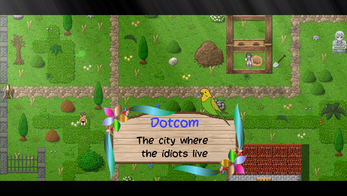 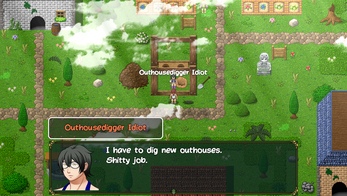 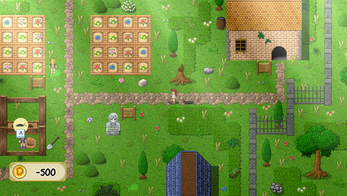